The 24th Gene Key (Silence – the Ultimate Addiction) – is a path of Invention through Addiction to Silence.  It is on the Ring of Life and Death; its programming partner is 44 (Karmic Relationships) on the Ring of Illuminati.  27 April – 2 May, Flying-fish, Hare and Nightjar.

Codon Ring of Life and Death

The Dream Arc is the result by trial and error of many years of Richard Rudd’s work in the Gene Keys transmission.  I understand it developed bit by bit as he “listened in”, and the sequences became adjusted and refined through collaboration with others.  At present he and Rosy Aronson are working on a book with Rosy’s 192 superb new paintings of the creatures.

My experiment this year with the Dream Arc is to explore where and how it works first-hand.  I feel a bit like Noah and his Ark.  All are welcome.  The triplicity (Shadow, Gift, Siddhi) follows the hologram pattern of Trinity or 3 or circuitry throughout nature – the electric current;  thunder through the earth.

Each Gene Key in the I Ching and its relationship to the 63 others, is a poem.  We try to spell its wonders to each other in (for a non-gene-keys-student) rather irritating ways of shorthand numbers.  Those, so pregnant with meaning, are just our songs.  The Wisdom of fish, mammal and bird is far beyond our speech and outside the spectrum of my mental grasp.  We croon on the branch.   By hearing, we shall see. 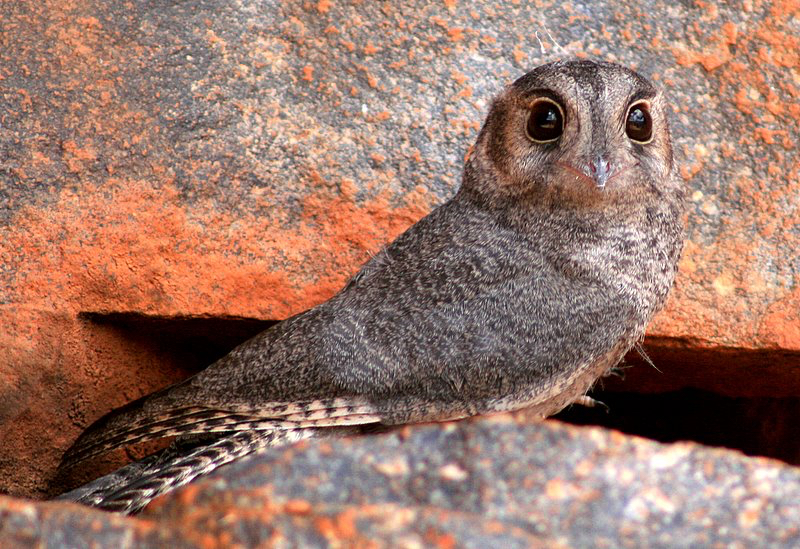 You know, I can’t alter my personal ego and its stuff and nonsense.  It is the equivalent of the shrewish wife of a saintly Sheikh in the story.  She abused his visitors and devotees.  They asked him, how do you put up with her? He replied, “without her, how could I be a Sheikh?”

Allow, accept, embrace my tenant.  Not to change it or its neurotic idiosyncrasies – that is an impossible nose-job – but live with its odd curves and formations in the rock and smile.  That is often uncomfortable, but imagine believing in it, as a football star, politician or celebrity must!  Imagine being totally in bond and addicted to that!  What a scary insanity … and in this light I see society self-isolating with its virus and being forced to take a good, long look, long enough for unhelpful infra-attitudes and systems to break up … albeit painfully.

Winds in the birth of Aphrodite – after Botticelli

What else is Change – the change in nature and in our rhythms and imbalances?  We may respond to climate change in ways at present unimaginable;  in this way which opens.  Governments don’t know, but people begin to.  The old monster stays put – but does it work?  It used to keep things together inside the blinkers.  Can it, anymore?  We are in the hands of a cosmic shift on delicate scales. Meanwhile my personal monster keeps me busy!

Accommodate the tenant with what grace I can muster. 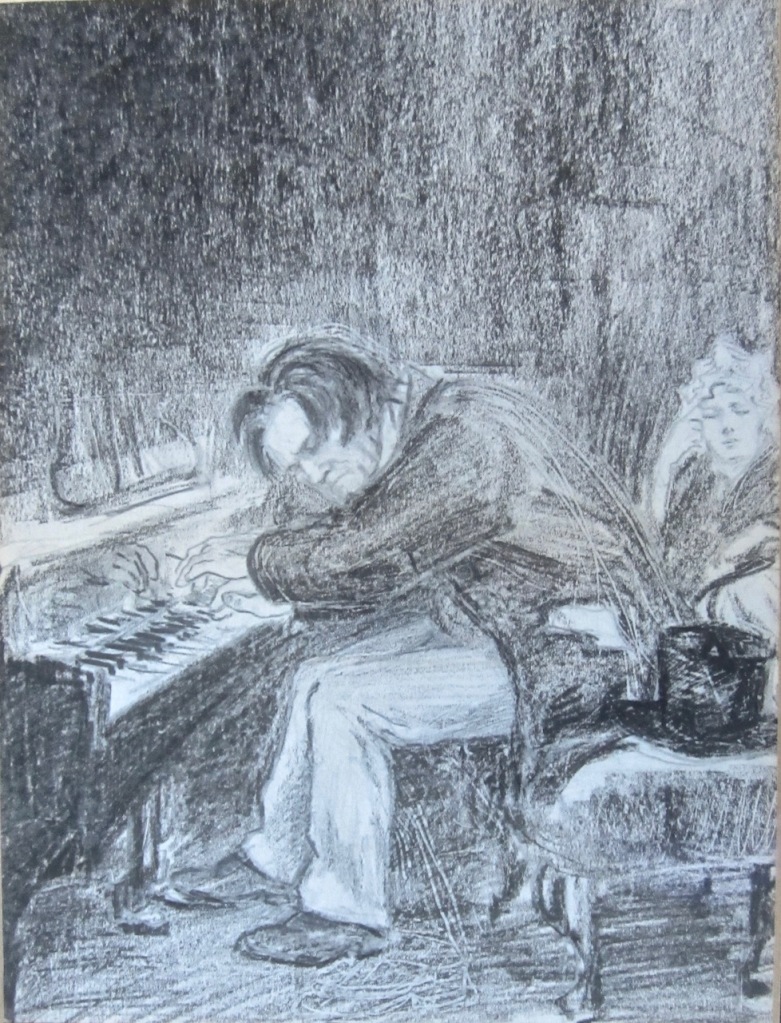 Addiction, Invention, Silence!  The new Dream Arc drawing developed yesterday (see further down) while listening to “Adamus” talking to the Crimson Circle a year ago about  Energy – about the Change from a thing-ish sort of person to an elegant living energy: to see ourselves and each other not as personal enclosures but as the energy field … and ALLOW.

I love this Adamus.  He develops his theme by inviting it from his audience whom he cajoles and teases.  Some people find him abrasive, “arrogant” and challenging because he pokes their holes for the honey, but I find him bear-hug warm, loving and cutting the crap.  He deeply loves the people he is talking to;  enjoys dancing around inside his bear (Geoffrey Hoppe) and I love seeing them mediate together – a robust branch in Colorado of “Le Comte” Rakoczy.

OK, back to ego and 24th Gene Key.  You know, I Tifareth (SQ) can be Adamus; and Yesod (attractor sphere) whom I ride around in can be Geoffrey Hoppe with his stuff.  Yesod with all its inbuilt passion to be noticed is a wonderfully engaging being –  the stubbly way it smiles,  and look at the funny things it does with my Energy, the transit into words!   It is OK to need to be noticed – it is  a feature in the mirror when saving my face or shaving your self.  It is private and always on show!  Do you think I am that?

You got another think coming.  It is energy. 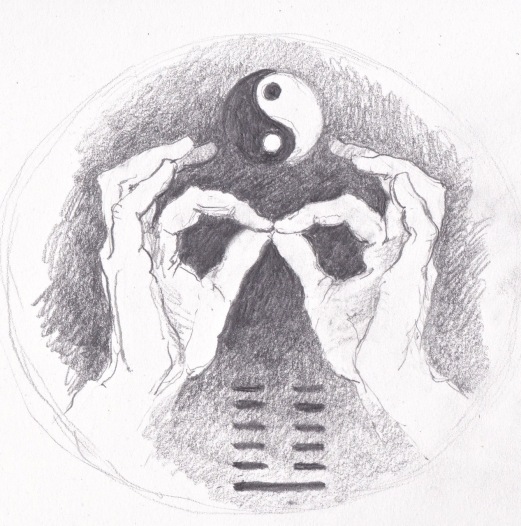 In my new Dream Arc drawing of Addiction to Invention of Silence the Flying-Fish lives a life of terror between the deep sea and the air which it cannot breathe; both are packed with predators.  If it stays under, it is nicked by a dorado; if it flies, a frigate bird grabs it.  If it reaches a safe Kon-Tiki raft, it lands in a frying-pan and sizzles!

The 24th Shadow is a terrible life of constant chronic escape: a substance-user, vanishing as fast as consumed – a desperate pattern in the cells whose receptors have broken down.  Isn’t this a heavy user?  Crack cocaine?  Drug companies? Society having and having not?  A virus whose antibody-reaction blocks the breathing?  My phantom tenant and its unmet need?

Here is David Attenborough on the subject, incomparably and magnificently:

Flying Fish, hunted underwater and in the air

Isn’t that movie the music of how we love to live? – on the edge of our seat?  Oh, the drama!  the ambitions!  the soap!

Just look – long, cool and alert, like the Hare is doing.

The Hare here is a Mother of Invention.  She pauses: the essential Art of Contemplation.  When I “stop”, I start to see.  I have very long whiskers – my global antennae – and my ears are an amazing organ, more intense than any other part of my body, picking up the long vibrating croon of the Nightjar on its camouflaging branch in a far-off wood.  This is the circuit and necessity of Silence, the ultimate cool refreshment.

Here is the song of a Danish Nightjar – click on Niels Krabbe for the recording:

This little bird is a teacher of “silence” in the Gene Keys transmission.

The Latin name”Caprimulgus europaeus” hints that the nocturnal Nightjar suckled goats who then gave no milk for humans.  The grey and brown plumage camouflages it; it has very short legs so it perches motionless along a branch or on the ground where it lays its pair of eggs.  Nightjars “clap” their wings with white feather-flashes when the male pursues the female in a spiralling display flight, or when they hunt.  They seize insects in flight, silhouetting them against the night sky.  Their night vision has a reflective layer over each eye. (Info from Wikipedia) 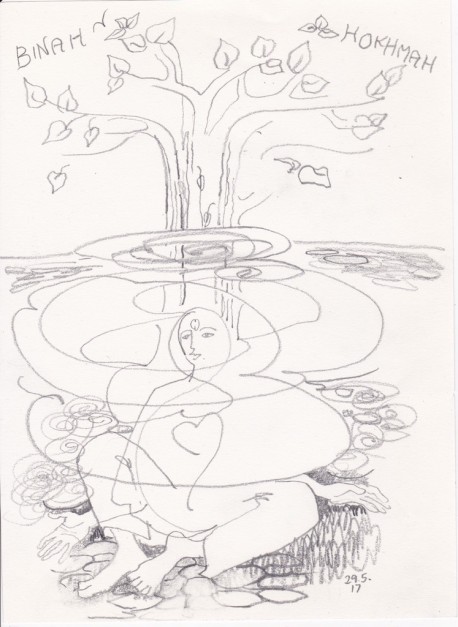 This is suddenly a highly-Inventive gene key, for the Hare by staying at home to Zoom can hear the Nightjar; and I feel the shift in my subconscious DNA wake up as the “assemblage-point” – that laser beam of habitual attention to world-creation – moves to different parts of the ocean in my spine.  It is so gentle, and for the flying-fish in my drama mind, such a terror!

The Gift of Invention brings things up close.  It brings us in touch with each other, and with our fears, in a new way.  You must use your eyes and all your senses differently!  You can reach out and embrace your beloved ones, for we are tuned into this Field of Living energy.  Where the thoughts themselves are love and the rising Sun, what can separate us?

Dream Arc 24 – not quite finished

Should I continue the Hare’s background texture around the Nightjar?  Part of me would like to; another part would like to leave all that space white and quiet.  Normally it is hard to see a Nightjar because it blends perfectly into its woody leafy environment.  But my silent ears are its Visibility.  I think I keep the drawing as it is; with just a couple of circling frigate-birds in the distance.  Those – together with the Hexagram of open Earth over Thunder – are the hearing of the Hare. 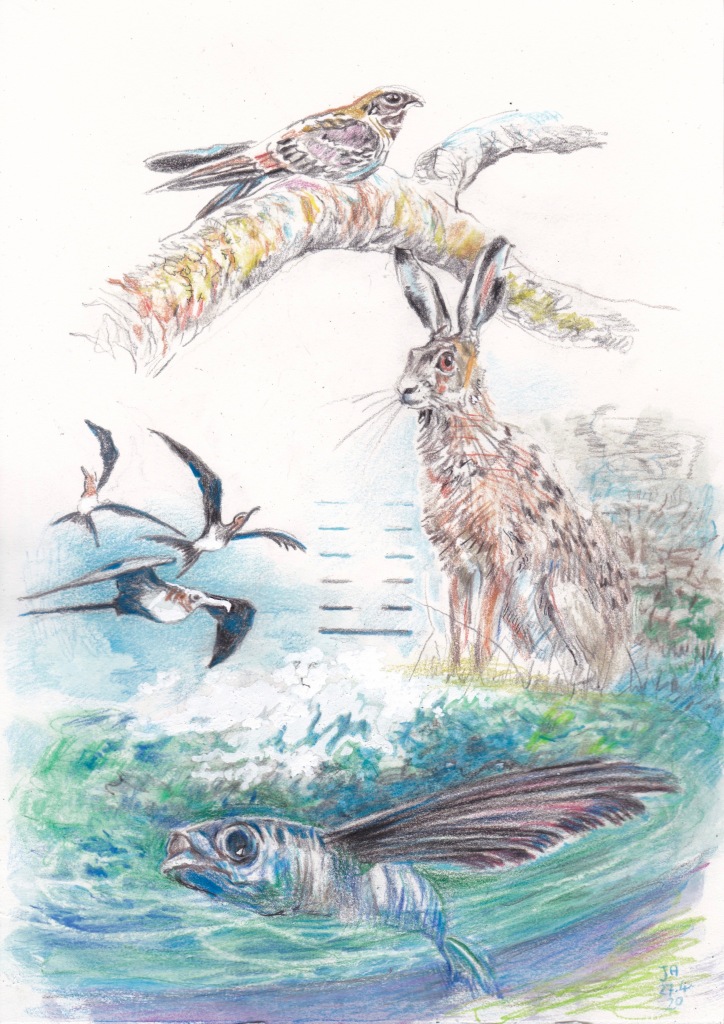 Dream Arc 24, finis.  The frigate birds …  gift of life and death to itself

Each Dream Arc drawing in the doing and in realising itself, touches DNA and releases transformative awareness; when I begin them, I have no idea.   Each Dream Arc is a Haiku.  And I would like them to become bare on the branch like cherry blossom in Japan.  Dream Arcs are visual poems to take my breath away.

I hang out with my writing because I wait by the cave for the magi to appear, I am a hunter and I prattle and jam – the finger is ready on the string; after a while the note comes through: the aim. Do you know?  We are for each other for the one to see the other as beautiful.  God for some reason needs to behold God; so the Holy One made a tsim tsum – a small tear in the cosmic integrity of Eden.  A mirror is held to the dandelion, to the sunflower.  The mirror is Shekinah:  She.

Reaching this point in my musings, it is clear to me that my Corona task “for others”  is to keep holding this portal open.  The Element of the Sun now streams forth …  The Magi are the magic in the imagination.   The love sourced in Tifareth is not small-self-interested.  Yesod strikes nervous attitudes around it. 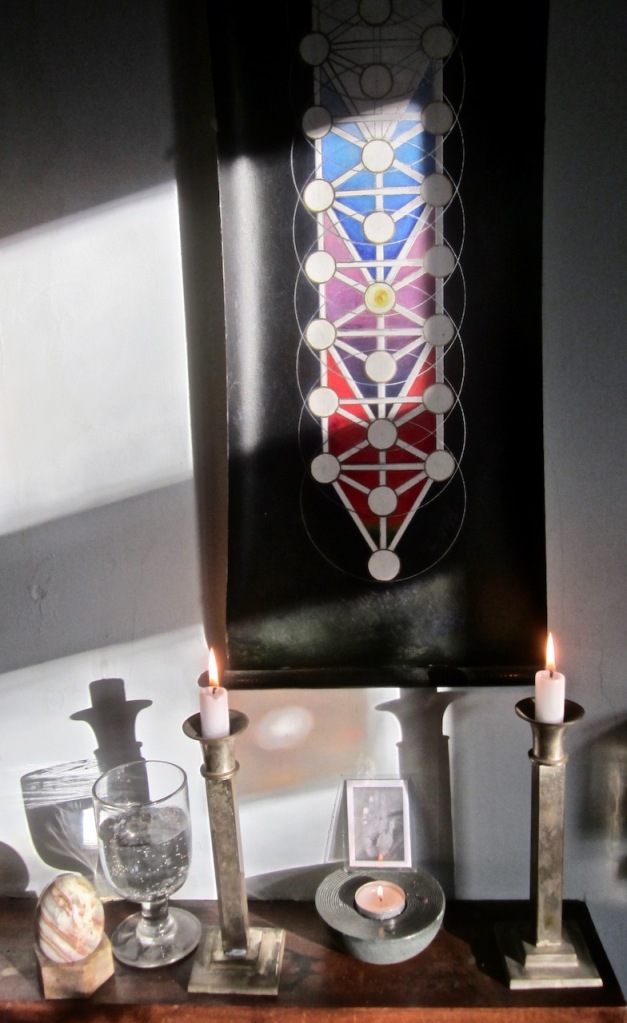 Silence – the Ultimate Addiction – has Earth over Thunder, so it is an arrow on a bowstring; a finger on a stringed instrument.  It is the silence before or between the notes; the silence wraps each note like a baby in its shawl.  Thunder is sound and Earth is silence.

“It is not how much of our brain we use.  It is how efficiently we use it … the 88 keys of a piano offer almost infinite potential for creating music and melody; in the case of our brains we find the tunes we like and play them over and over.  Many people … follow conditioned patterns their whole lives, as trodden and familiar as public pathways and the 24th Shadow works hard to keep it that way.  … It is relatively rare for someone to find an entirely new way of thinking.”  (R.Rudd)

Earth through which the Thunder speaks is an open gap.   Mind the gap! 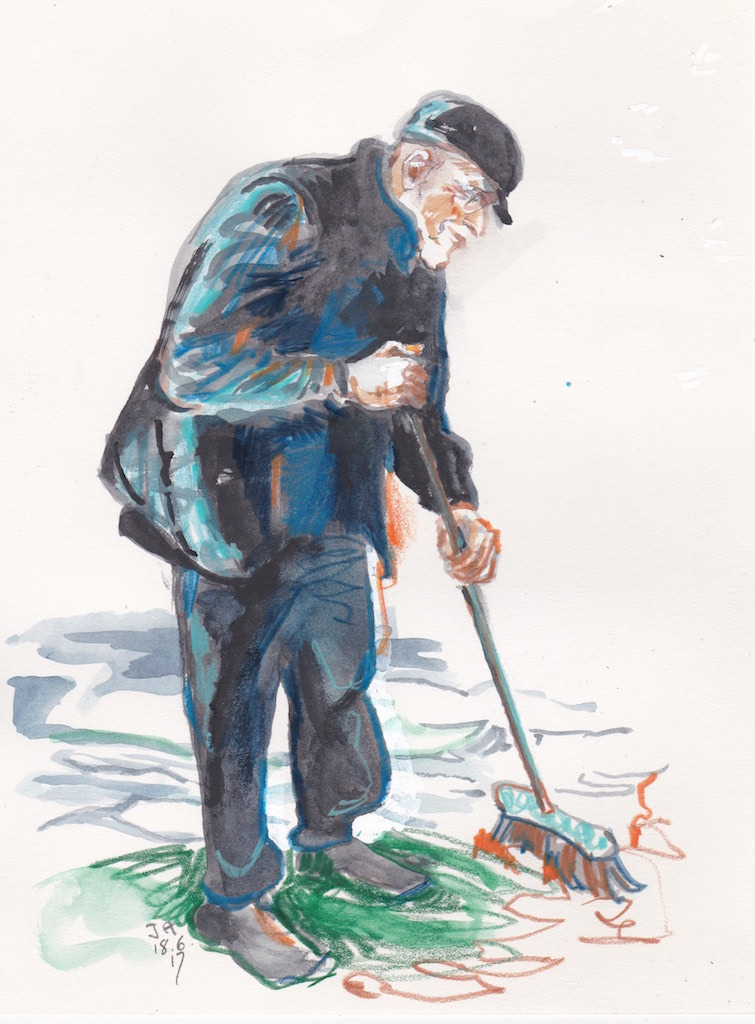 From “The Passing of Hu” by Richard Rudd

He was a man
small in stature, wide in wonder,
who flung his guitar
with a flourish at the stars
and strung a net of pearls to ponder.

He dressed in dark clothes,
wore a dogged, dog-tooth grin,
but his words and his eyes
rose fiery to the skies
scorched by the truth from within.

From “Spring of Dreams”
by RR – in preparation 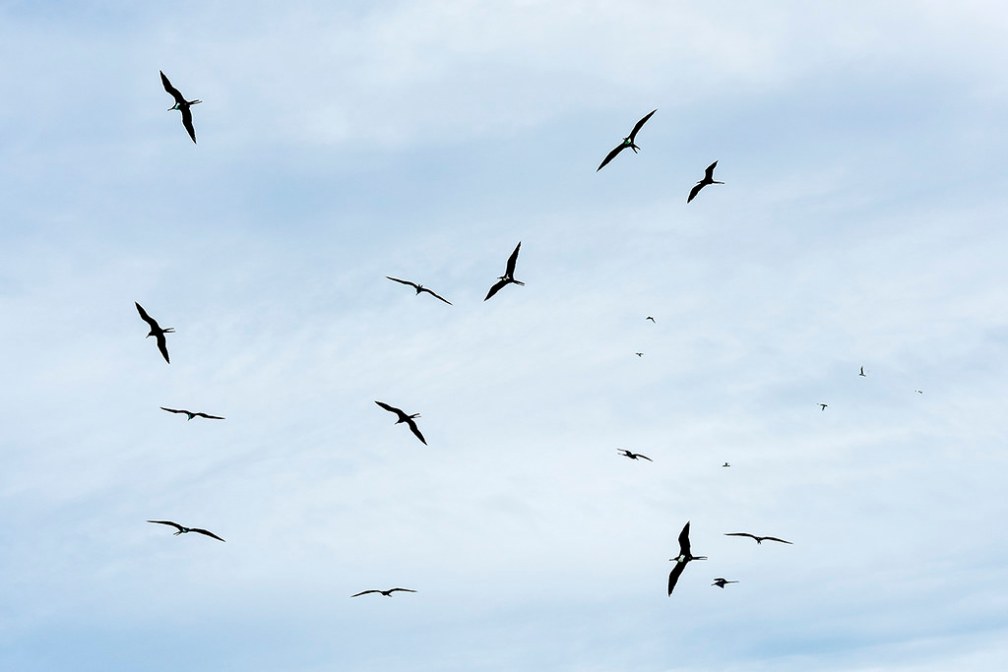 “The Silence is a treasure beyond all others. It sparkles with life, like the stars. Silence is not empty, as we might imagine, but pregnant with the entire cosmos. Silence is not Golden. It is Silver – like the infinite jewels of the deep feminine sea…” (RR – the 64 Ways)

Obsidian is a volcanic glass first discovered in Ethiopia.  It is called a stone of truth, and it is thought to stabilise erratic energies electronically and in the mind. 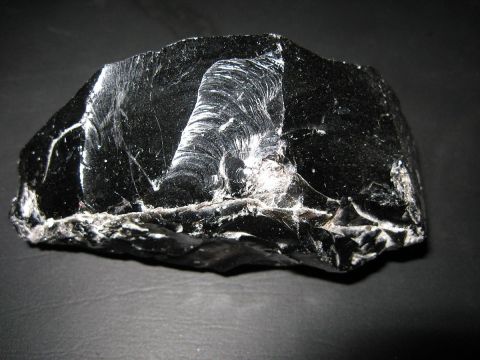 For more information about the Gene Keys:
The Book: Gene Keys –
unlocking the Higher Purpose hidden in your DNA
– by Richard Rudd 2013

To see Archive of All Posts, click on title of this post, top of page, then the trigram glyph on the left of page.

All art and creative writing in this blog is copyright © Janeadamsart 2012-2020. May not be used for commercial purposes. May be used and shared for non-commercial means with credit to Jane Adams and a link to the web address http://janeadamsart.wordpress.com